This piece originally appeared in the fall 2020 edition of Xerces’ magazine, Wings. Click to view the full fall 2020 issue.

Forests and woodlands are vital for life on earth. Unfortunately, climate change is bringing additional challenges for these areas and their wildlife as well as for human communities. This has been brought into sharp focus by the wildfires that raged on the West Coast this year. More than four million acres have burned in California, a million acres in Oregon, and more than seven hundred thousand acres in Washington. Many other states have suffered smaller fires.

We are still coming to terms with the full scope of this tragedy, and my heart goes out to all the people who have lost loved ones or property to these fires.

It is important to note that, in the western United States, fire has always been part of these ecosystems, but the fires we are experiencing now are bigger and hotter than they used to be. This is partly because of years of fire suppression, but is also a result of the changing climate. Mammals, birds, and amphibians are all at risk. Similarly, invertebrates from caddisflies to slugs to bees and butterflies are likely negatively affected, but we still have much to learn about the effects on these populations. 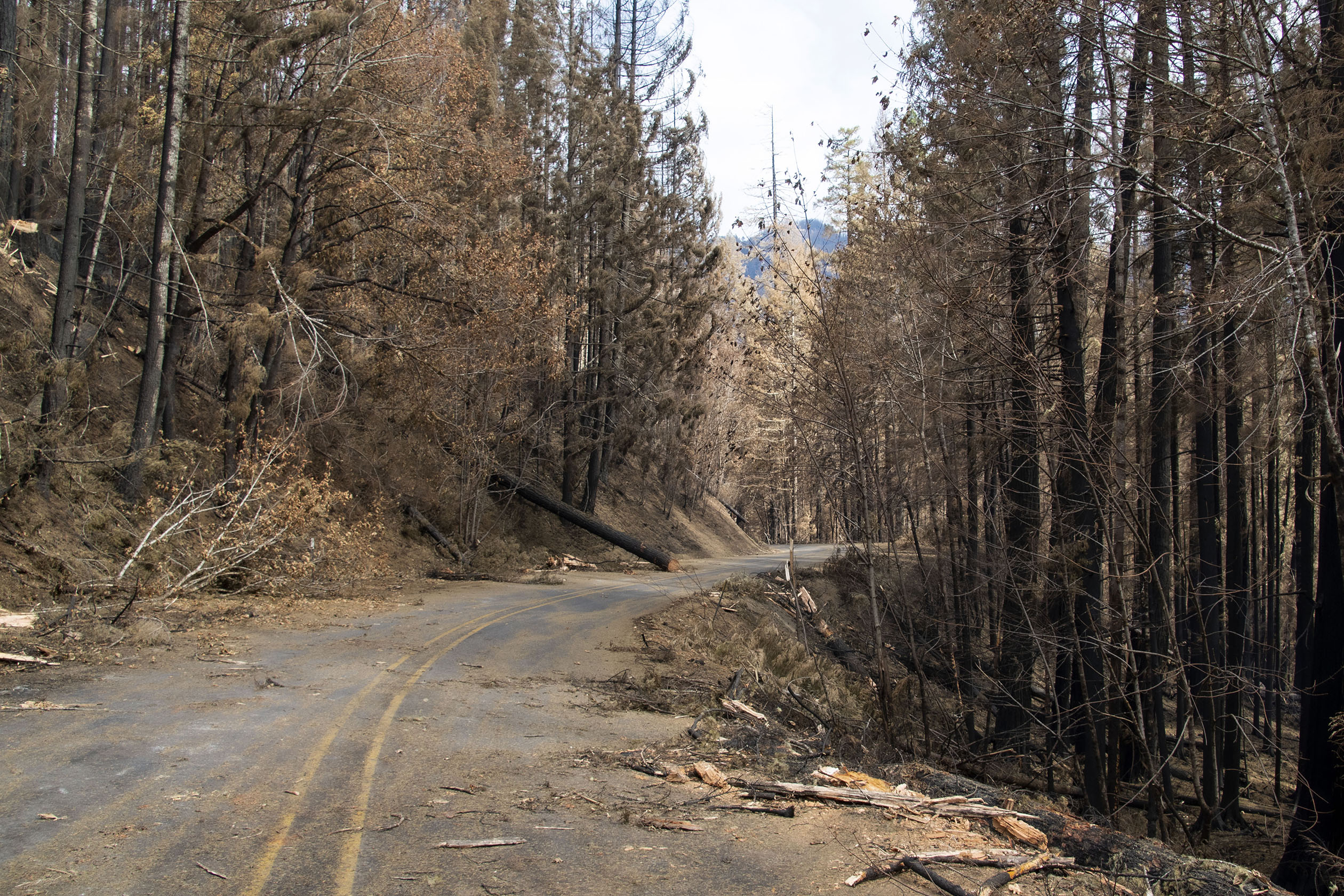 Wildfires ravaged communities and wildlife in the western United States during 2020. The impacts on insects are not fully clear. (Photograph: Oregon DOT [CC BY 2.0].)

To try to grasp the potential impact of these fires, it is important to understand their extent and intensity as well as the life history of invertebrates. Xerces has a very large data set about invertebrates in the Pacific Northwest, and we have records of many, many rare and sensitive species within the footprint of fires in Oregon and Washington. This includes numerous species of snails and slugs, which are unable to move away from fire, meaning that there is the potential for fires both to directly kill individuals and to destroy their habitat, thereby damaging or destroying entire populations. There are also several rare caddisflies, mayflies, and stoneflies that live in streams and rivers within the burned areas. Fire’s impacts on aquatic systems can be severe, especially in fragmented streams and in poorly managed watersheds or those that have been subjected to indiscriminate salvage logging.

Bees are also probably impacted by these fires. Can they flee them? Some may be able to, but many species have short flight ranges and the scale and speed of fires like this year’s could easily overwhelm them. The longer-term impact will depend on whether nests survive. The majority of bees are solitary—that is, each female makes her own nest, typically by digging a narrow tunnel in the ground or occupying an existing tunnel in a snag—and many such species may be somewhat protected because they will have completed their nests and are not active when the fires start. The degree to which their dormant offspring are vulnerable, however, would depend on the location of any given nest. About 30 percent of solitary species nest in holes in trees and twigs, which are more exposed to direct harm from fires. The other 70 percent nest underground. Although common wisdom is that soil insulates the nests from fires passing overhead, today’s hotter fires penetrate deeper into the ground.

The extent of impacts on insects such as bees depends on the intensity, scale, and speed of wildfires. (Photograph: Oregon DOT [CC BY 2.0].)

Bumble bees and other social species—those that live in colonies—usually nest at or just below ground level, and thus live in the most hazardous zone. But the lasting impact of this year’s fires on social species is not from the destruction of their nests—their colonies are seasonal and were probably reaching the end of their cycle—but of the new queens. Social bees have longer active periods than solitary bees do, and are more likely to still be foraging when fire season arrives. Those that were beginning hibernation will have been in the soil relatively close to the surface or even in the vegetation around trees. If a queen is killed, there will be no nest from that individual next year.

Of special concern are several imperiled bumble bees in the West. Recent fires have burned over historic and contemporary sites for Franklin’s bumble bee, the western bumble bee, and Crotch’s bumble bee. If queens of these species were affected, it may be difficult for them to recolonize those areas.

More research is sorely needed on the subject of bees’ survival during wildfire outbreaks. Studies have shown that bees respond relatively quickly after fires, recolonizing to take advantage of the flush of post-fire bloom, which is encouraging—but most research looked at controlled fires that result in relatively low soil temperatures. Hotter wildfires are less studied but the research that has been done may offer hope. Recent work in southern Oregon by Dr. Sara M. Galbraith from Oregon State University and colleagues found greater abundance and diversity of wild bees in areas that experienced moderate and severe forest fires compared to areas with low-severity fires. If enough bees survive the more severe fires, it could have a net benefit for some species. Those that cannot recolonize easily could be most impacted.

As our climate continues to warm and fires become even hotter, will forests recover? I went to Yellowstone National Park annually for several years before and after the 1988 fires. The recovery was remarkable. However, there is emerging data that suggests that with warmer temperatures and less precipitation some forests just will not recover. The new era of fires either induced or intensified by climate change means that the future of our forests—and the insects that call them home—is uncertain.

Read the entire fall 2020 issue of Wings. The theme is forests and woodlands. (Download as PDF.)

Learn more about what you can do to help bees.

Executive Director
Scott Black is an internationally renowned conservationist who has been at the forefront of the conservation movement for three decades. Scott’s work has led to protection and restoration of habitat on millions of acres of rangelands, forests, and farmland as well as protection for many endangered species. He is an author of the best-selling Attracting Native Pollinators and Gardening for Butterflies and has written more than two hundred other publications including a recent chapter on climate change and insects. Scott serves on the science advisory committee of Nature-Based Climate Solutions, which brings together stakeholders to accelerate the implementation of carbon removal strategies that simultaneously improve the social, economic, and environmental resilience of local communities.