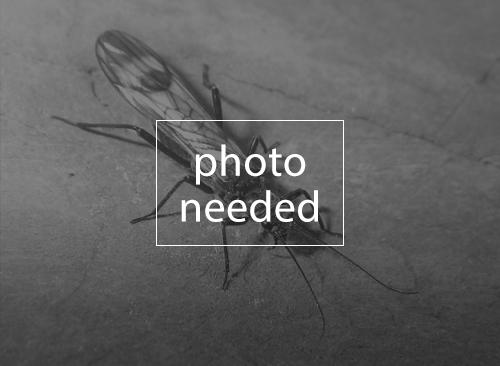 Named for the dune system that it inhabits, the El Segundo blue has found its home increasingly coveted by humans. Airport construction, oil refining, sand mining, and urban development have all claimed large portions of its dune system habitat. One of the last populations lives adjacent to the Los Angeles International Airport.

The development threats to the El Segundo blue habitat have been largely halted. The butterfly now persists on three fragments of habitat, the L.A. airport site being the largest of these. However, there are other threats as well. Invasive species out compete the seacliff buckwheat, the butterfly’s host plant, and several of the introduced plants actually act to stabilize the dune system, a situation that inhibits the success of the host plant.

The El Segundo blue is in the family Lycaenidae (gossamer wings). A small butterfly, it is usually less than one inch across. The dorsal wing coloration is blue, with the males a brighter blue than the females. The ventral side is gray, with bold, square-shaped spots and a series of orange spots on the hindwing that appear merged into a single band of color.

The El Segundo blue emerges during summer when the flowers of its host plant, seacliff buckwheat (Eriogonum parviflorum), open. As with all species in the genus Euphilotes, the El Segundo blue spends virtually its entire life cycle in intimate association with the flowerheads of some species of buckwheat; in particular, seacliff buckwheat (Eriogonum parvifolium; in some earlier accounts this was known as coastal buckwheat). The adult life of these butterflies is relatively short, only a few days, during which time they mate and lay eggs. The eggs hatch within a week or so of their deposition. The larvae feed on the flower heads of the host plant for approximately one month before they molt to their pupal stage. Then when the next summer arrives the cycle begins anew.

The El Segundo blue resides in the El Segundo sand dunes, whose area historically covered about 4.5 square miles (l,295 hectares; 3,200 acres), including interrupted extensions to the north into what is present-day Ocean Park, and southerly to Malaga Cove in Palos Verdes. The butterfly is now restricted to three locations in what is left of those dunes.

The butterfly’s populations are considered stable to increasing in two protected reserve areas. In the third occupied area, Malaga Cove, the status is unknown but likely decreasing due to continued degradation of the habitat. The Ballona recovery unit remains unoccupied. Throughout the range of the animal, other suitable habitat areas identified in the recovery plan remain unoccupied.

The California Endangered Species Act does not allow listing of insects, so despite its precarious status, the El Segundo blue has no protection under state legislation. The California Department of Fish and Game includes this butterfly on its Special Animals list.

The major threats faced by the El Segundo blue are loss of habitat due to urban and industrial development and declines in its hostplants, seacliff buckwheat. The El Segundo Dunes have been reduced over the decades to isolated fragments, and these patches are now being modified by invasive plants. The wrong buckwheats are competing with the hostplant and other invasive species are stabilizing the dunes; prime butterfly habitat is unstable dunes.

However, the habitat of at least two butterfly populations are being actively managed by land owners: both Los Angeles International Airport and Standard Oil are taking positive steps to increase hostplant numbers and protect habitat.

The survival of this butterfly relies on the survival of adequate habitat. The U.S. Fish and Wildlife Service, as well as officials from the Los Angeles International Airport and Standard Oil have undertaken important dune management programs which focus on removing exotic plants and reestablishing native vegetation. The Urban Wildlands Group has applied to the USFWS for an enhancement of survival permit and safe harbor agreement for approximately two acres of bluff habitat on private property in Los Angeles County, California.

Several additional sites are currently being examined for their potential as reintroduction sites for the species.

A detailed understanding of the vegetation and ecology of the butterfly’s habitat will be needed for restoration and conservation efforts.

———. 1990. Habitat evaluation and species diversity on the LAX El Segundo sand dunes. Report to the LAX board of airport commissioners.