ID Dragonflies and Locate Hotspots with the Dragonfly ID App!

Do you have a smartphone and want to use it to explore, identify, and marvel at the diversity of dragonfly and damselfly fauna in your backyard, local wetland, or favorite trout stream?

We are pleased to introduce Dragonfly ID, a first-of-its-kind app brought to you by the developers of the popular BirdsEye apps BirdLog and Bird Finding Guide. There are many apps to help identify wildlife and report sightings, but prior to this there has been no app for dragonfly and damselfly identification for North America. Created through a collaboration between BirdsEye, OdonataCentral, the Dragonfly Society of the Americas, and the Xerces Society — and made possible by the generosity of several individual donors; thank you! — Dragonfly ID is a new tool in the world of odonates and will allow naturalists in the field to find dragonfly hotspots and identify and learn more about the species they see. 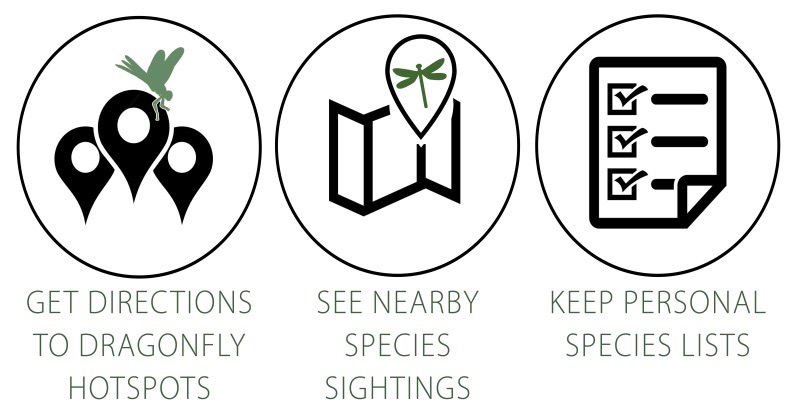 How does the identification process work? Once you have seen a damselfly or dragonfly that you want to ID, you can easily narrow down the possible species using the app’s “Smart Search” filters: color, size, and habitat. (Planned expansions of Smart Search include the addition of “perching position” to the filter set.) A list of potential species based on nearby sightings will appear, divided into “good matches,” “possible matches,” and “not-so-good matches.” Scroll through the list and examine the entry for each species to find more detail to help make your choice.

With the goal of bringing together naturalists, citizen scientists, and photographers, the Dragonfly ID app allows users to identify species in the places where they perch, patrol, and mate. Additional features include the option to search for lists of species recently sighted near you, find local dragonfly hotspots, and generate a life list of your own species sightings.

Each species entry includes the common and scientific name, a photo gallery, species records on a map displaying their distribution, and a chart that shows the frequency of sightings for each species across all the months of the year near to your current location. (You can set the desired radius between 1 and 50 miles.)

The app has been in the hands of beta testers for several weeks and is now available to the public!

Currently, the Dragonfly ID app is only available for Apple gadgets (iPhone, iPad, and iPod Touch running iOS7 or later). Download the app for iOS today!

An Android version is in the works, as is a companion app that will allow you to report your species sightings to the Migratory Dragonfly Partnership and/or OdonataCentral web sites.

Help Make it Even Better!

In the meantime, start using the app and help us to make it even better. We are soliciting photos and text for species that still need information. For instance, click on river jewelwing (Calopteryx aequabilis) and you’ll see that content is currently lacking for this species, but links allow you to submit text and photos to complete species accounts. 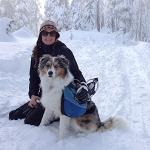 endangered species
dragonflies
community science
how you can help