Conservation Issues in the West

Although North America is a biodiversity hotspot for freshwater mussels, only 2% are native to areas west of the Rocky Mountains. These species—belonging to three groups—occur or once occurred from northern Mexico all the way to Alaska and from the Pacific Coast inland to Wyoming, Montana, and Arizona. Western North America’s freshwater mussels have received much less attention than eastern species, perhaps because the western states and provinces have historically been home to fewer people (who might study its flora and fauna) than in the East, because there are many fewer species of freshwater mussel, or because our western species have appeared more stable than eastern species. Yet the West faces numerous challenges—from increasing populations and continued expansion of developed areas, to increased extraction or abstraction of water, to the impacts of a changing climate. Under such pressures, aquatic habitats and species have suffered, as evidenced by large declines in native salmon stocks, decreased streamflows, and increasingly straightened and hardened rivers and banks.

Amidst these changes, western malacologists have also been tracking the decline of western freshwater mussel populations. In fact, based on these and other observations by biologists and contributors to the Western Mussel Database, researchers have found that mussels have disappeared from nearly one-fifth of the watersheds they once inhabited. Mussel species diversity has also declined in 35% of western watersheds. Our focus on western freshwater mussel conservation has grown from our efforts to fill in knowledge gaps, including documenting the current status of western species.  Read on to learn more about western mussels and our conservation focus.

Learn about freshwater mussels, their unique life cycle, ecosystem services they provide, and causes of decline.

Learn more about causes of decline and what we're doing to help protect and support freshwater mussel populations.

Conserving the Gems of Our Waters

Guidance and resources for incorporating freshwater mussels into project planning, including performing salvages and relocations at restoration sites.

Freshwater Mussels of the Pacific Northwest

This guide was a project of the Pacific Northwest Native Freshwater Mussel Workgroup.

A variety of resources developed by the Xerces Society and partners.

Learn about this collaborative partnership, and find freshwater mussel resources.

Dedicated to the conservation of, and advocacy for, freshwater mollusks.

Detailed species profiles of at-risk freshwater mussels around the world.

New Report: State of the Fireflies of the US and Canada 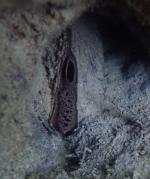 Petition to list western ridged mussel as an endangered species

Freshwater Mussel Conservation: A Guide to Saving the Unsung Heroes of Our Waters
Freshwater mussels are rarely recognized for the important role they play in supporting river, stream, and lake ecosystems. Salmon and other native fish are among the myriad species that benefit from the services mussels provide. Sadly, freshwater mussels are sensitive to changes in their environment and as a group they are among the most imperiled animals in the world.