Historically, western monarchs have made a spectacular annual migration to overwinter in forested groves along the coast of California. Each spring, the butterflies fan out across the West to lay their eggs on milkweed and drink nectar from flowers in Arizona, California, Nevada, Oregon, Washington, Idaho, and Utah.

That migration is now in crisis. In the winter of 2018, and again in 2019, the western monarch overwintering population has reached the lowest level ever recorded—less than 1% of historic populations, and a dizzying 86% drop from the year prior. In response to this, the Xerces Society has spearheaded the Western Monarch Call to Action, working in partnership with universities, government agencies, other organizations, and communities to stabilize and recover this imperiled population.

These actions are building upon the Xerces Society's decades of western monarch conservation work. Western populations have been less well-studied than their eastern counterparts, and have unique conservation needs. To that end, the Xerces Society conducts annual surveys of overwintering populations; assesses the status of overwintering sites; provides guidance for the management of breeding, migratory, and overwintering habitat; advises on habitat establishment and restoration; and researches the distribution of monarchs and milkweed in the West.

A set of rapid-response conservation actions that, if applied immediately, can help the western monarch population bounce back from its extremely low overwintering size. The goal of this call to action is to identify actions that can be implemented in the short-term, to avoid a total collapse of the western monarch migration and set the stage for longer-term efforts to have time to start making a difference.

Managing Monarch Habitat in the West

Overwintering sites across California are diverse—ranging from natural areas and public parks to state and private lands—and each have unique conservation needs.

Thanks to the efforts of dedicated volunteers, we now have over 20 years of data on monarch populations that overwinter along the California coast. Learn more about this annual effort and how you can get involved.

Tracking Monarchs and Milkweed in the West

Help us gather data across the West to further scientific understanding of monarch and milkweed distribution.

Western Monarchs Are in Trouble: This Is How You Can Help 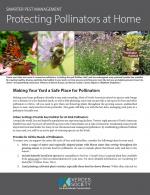 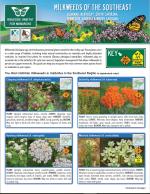 Roadside Habitat for Monarchs: Milkweeds of the Southeast

Newly published research found worrying levels of pesticides in milkweed plants growing in California’s Central Valley. More than 200 milkweed samples were gathered and a total of 64 different pesticides were found, with an average of nine per sample and as many as 25.
March 13, 2020

Number of Monarchs Overwintering in Mexico Falls by 50 Percent

The World Wildlife Fund-Mexico and the Comisión Nacional de Áreas Naturales Protegidas announced today that monarchs in central Mexico occupied an estimated 2.83 hectares of forest during the winter of 2019–2020, a reduction of approximately 53 percent from last winter.
January 22, 2020

The Xerces Society today announced that the number of monarch butterflies overwintering in California remains at critical levels for the second year. We must take action now to save the western monarch migration.