Who Are the Pollinators?

Although birds, bats, and other creatures are also pollinators, insects are the animals that do the bulk of the pollination that affects our daily lives. Some of these insect pollinators will be familiar (bees and butterflies), but you might be surprised by some of the others (flies, wasps, and beetles). Here we provide an overview of these five main groups of insect pollinators—including their life cycles, habitat requirements, and conservation needs. For further reading, check out our page about endangered pollinators.

Honey bees (Apis spp.) may be the most well-known, but they represent a tiny fraction of all bee species! Worldwide, there are an estimated 20,000 species of bees, and approximately 3,600 bee species are native to the United States and Canada alone. Of these myriad bee species, more than 90% lead solitary—rather than social—lives, in which each female constructs and provisions her own nest, without the assistance of others.

The majority of solitary bee species are not aggressive and many are stingless—undeserving of the fear many people feel towards bees. Bees are also important pollinators of a variety of plants, possessing hairs and other specialized anatomical structures that readily collect and transfer pollen.

Bumble bees are important pollinators of wild flowering plants and agricultural crops. They are able to fly in cooler temperatures and lower light levels than many other bees, making them excellent pollinators—especially at higher elevations and latitudes. They are characterized by their rounded, fuzzy bodies and their ability to perform "buzz pollination," which involves grasping a flower in their jaws and vibrating their wing muscles to dislodge the pollen. Many plants—including a number of wildflowers and crops like tomatoes, peppers, and cranberries—benefit from buzz pollination.

Because they are essential pollinators, the loss of bumble bees can have far-ranging ecological consequences. Alarmingly, recent work by the Xerces Society in concert with the IUCN Bumble Bee Specialist Group indicates that some species have experienced rapid and dramatic declines. In fact, more than one quarter (28%) of all North American bumble bees are facing some degree of extinction risk.

Butterflies and moths—both members of the order Lepidoptera—are valuable pollinators, supporting the health of ecosystems and agriculture. As with many other insect species, butterflies and moths in the U.S. are experiencing significant declines: 19% are at risk of extinction—including species with special habitat needs and generalist species that were once widespread. Sadly, this includes the iconic monarch butterfly, which has experienced dramatic declines in populations both east and west of the Rocky Mountains—see our monarch conservation page for more information. From the grassland-dependent species of the Pacific Northwest to swallowtails of Central and South America, the Xerces Society works to conserve butterflies and moths throughout the world.

Wasps are wrongly maligned due to a reputation for being aggressive. In reality, they are adept hunters that we wouldn’t want to live without. They are doing us all a great service in keeping insect populations in balance and managing pests—they are counted among the many beneficial insects that can be utilized for conservation biological control. From an evolutionary standpoint, bees are simply wasps that have adopted a vegetarian diet!

Many wasps are smooth-bodied and do not actively collect pollen. Those with hairs lack the branched, pollen-trapping hairs found on most bees, making them relatively minor pollinators of most plants. Nonetheless, they do provide some incidental pollination, carrying and dropping some pollen grains as they move among flowers.

With over eighty-five thousand species worldwide, flies form one of the most diverse orders of insects, Diptera. Although a number of these species are reviled as crop pests and carriers of disease, many are beneficial—from the aquatic midges that serve as an abundant food source for migratory birds to the fly pollinators of apples, peppers, mangoes and cashews.

Because flies are generalist foragers, with no nests to provision and sometimes sparsely haired bodies, they don't get much credit as significant pollinators. However, they can be important pollinators for specific plants.

Beetles are the most diverse group of organisms in the world. In fact, approximately one of every four species of plant, animal, bacterium, or fungus that has been described is a type of beetle. As might be expected in such a large group, beetles are quite diverse in color, shape, and ecological role.

Fossil records suggest that beetles, along with flies, were probably the first insect pollinators of prehistoric flowering plants in the late Jurassic era, around 150 million years ago. Beetles are still pollinators of many flowers such as magnolias and water lilies—whose flowers harken back to more ancient forms. 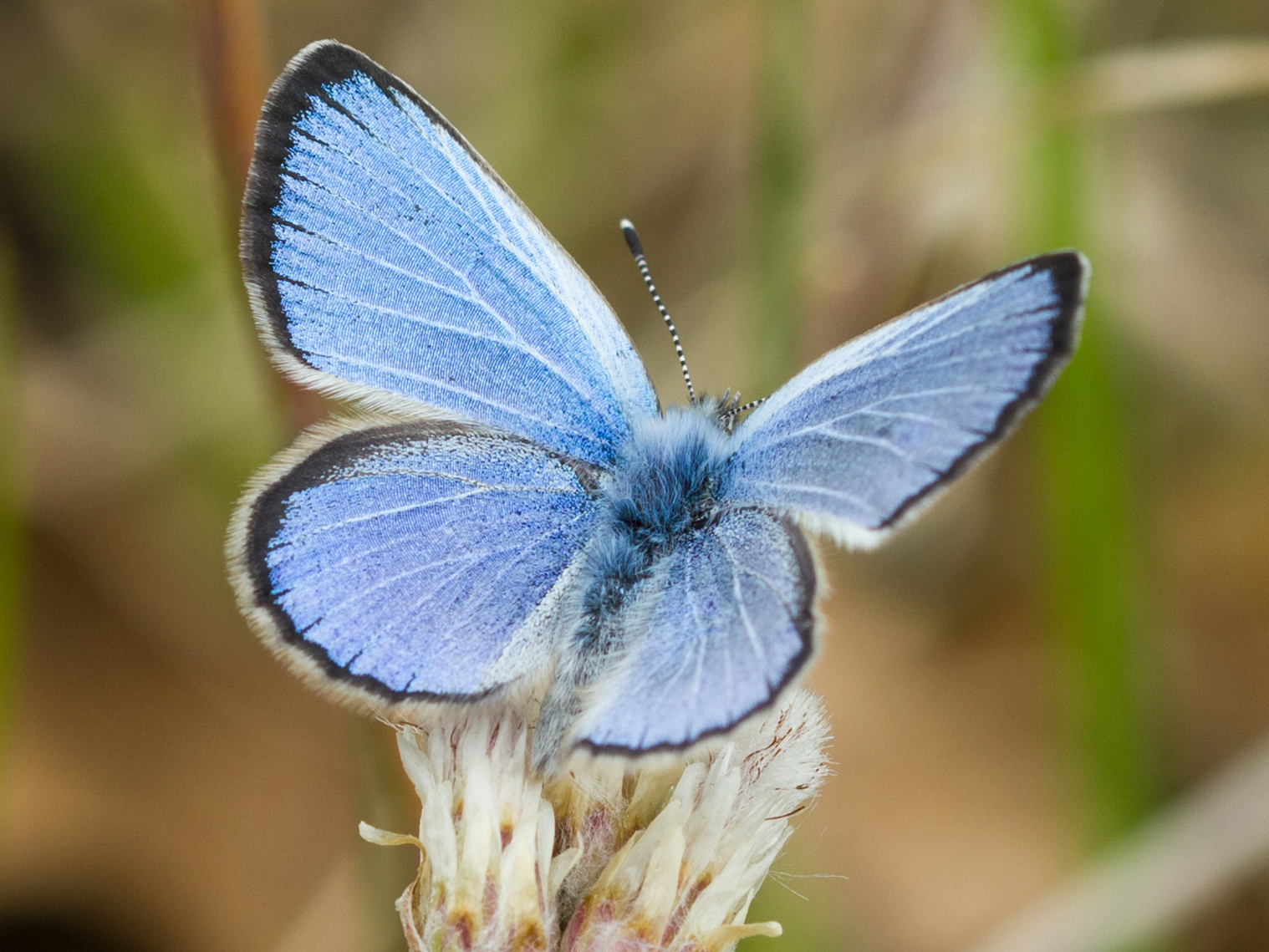 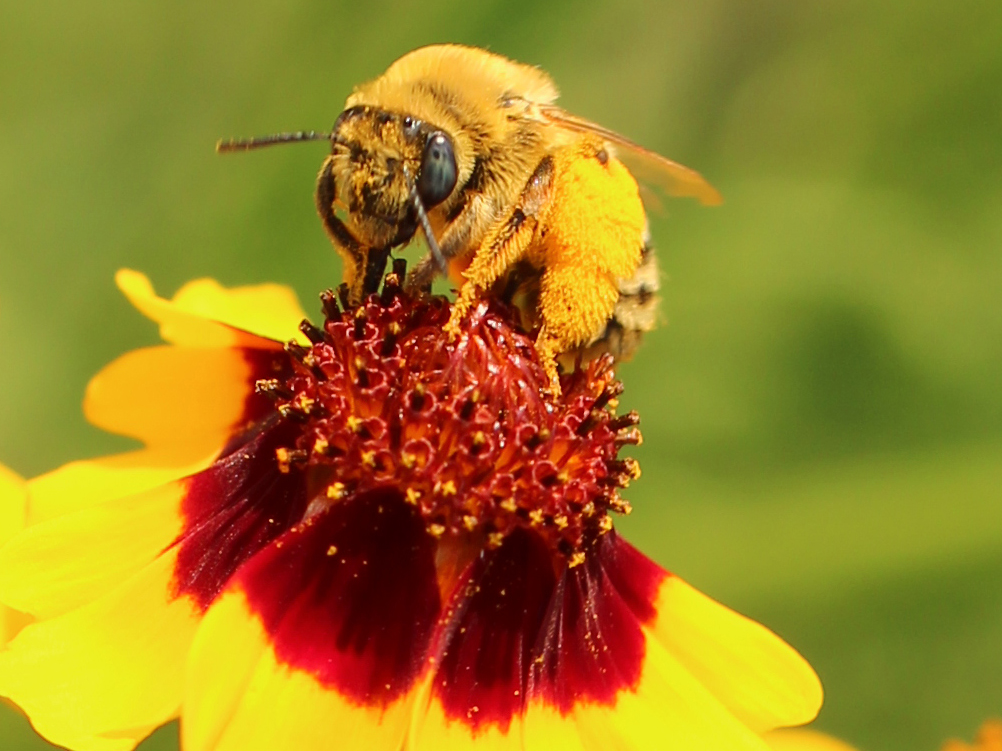 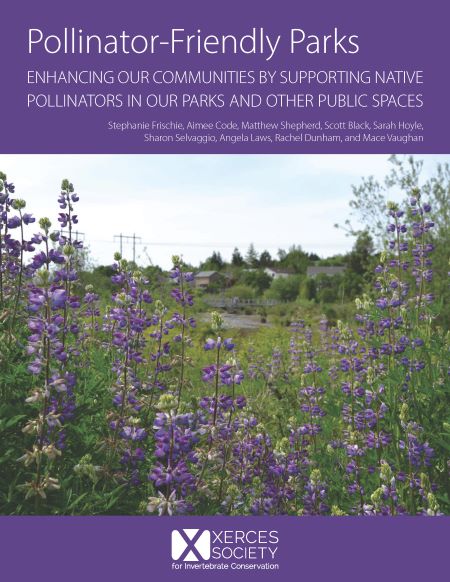 To support the work being done by park managers across the country, the Xerces Society has recently released Pollinator-Friendly Parks: Enhancing Our Communities by Supporting Native Pollinators in Our Parks and Other Public Spaces.

For Wildlife and Humans, Native Plants Are a Key to Climate Resilience

Conserving Desert Pollinators and Water in the Face of Climate Change