Fireflies are some of our most celebrated insects. Not only are they important components of natural ecosystems, but also they have immense cultural, biological, and economic value. Despite their significance, firefly populations appear to be in decline. While long-term monitoring studies of fireflies in the United States and Canada are sparse, a growing number of anecdotal reports, backed by expert opinion, suggest that fireflies are indeed declining. This concern gains greater significance in light of numerous diversity and abundance studies that have emerged in recent years documenting severe population declines in both better-studied insect groups and overall insect biomass. We need to study firefly populations more closely to fully understand their plight and ensure conservation efforts are effective.

Xerces is working to conserve the full diversity of fireflies by advancing our understanding of their distributions, life histories, and extinction risks; identifying and addressing threats to their populations; recovering populations that have declined; and engaging the firefly research community in conservation. Although we are focusing most of our efforts on the United States and Canada initially, we are also working with the IUCN Firefly Specialist Group to conserve fireflies globally.

Fireflies are probably best known for their showy nighttime displays, but not all fireflies flash at night. The common name "firefly" not only includes our familiar flashing species (a.k.a. lightningbugs), but also glow-worms and daytime dark fireflies. Learn more about the fascinating diversity of species that make up the family Lampyridae.

Anecdotal reports from around the world tell of firefly declines. While the extent of declines and their causes are not well understood, we do have a basic understanding of major threats to fireflies—including habitat degradation and loss, light pollution, pesticide use, poor water quality, climate change, invasive species, and overcollection. Xerces is working to address these threats while also broadening scientific understanding of fireflies' conservation needs.

Here at Xerces, we are tackling firefly conservation on all fronts—by focusing on species whose life history traits make them more vulnerable to extinction, but also working to keep common species common. Learn more about key species as well as our work to support their conservation.

Despite concerns about potential population declines, fireflies have received relatively little conservation attention. Help us initiate this important conversation by advocating for fireflies in your community; participating in community science projects that track their distributions; and taking steps at home to turn out your lights at night and identify, protect, and restore high-quality firefly habitat. 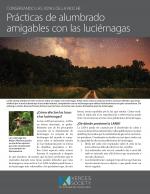 Firefly Conservation: A Guide to Protecting the Jewels of the Night 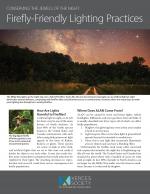 Conserving the Jewels of the Night: Firefly-Friendly Lighting Practices

Conserving the Jewels of the Night 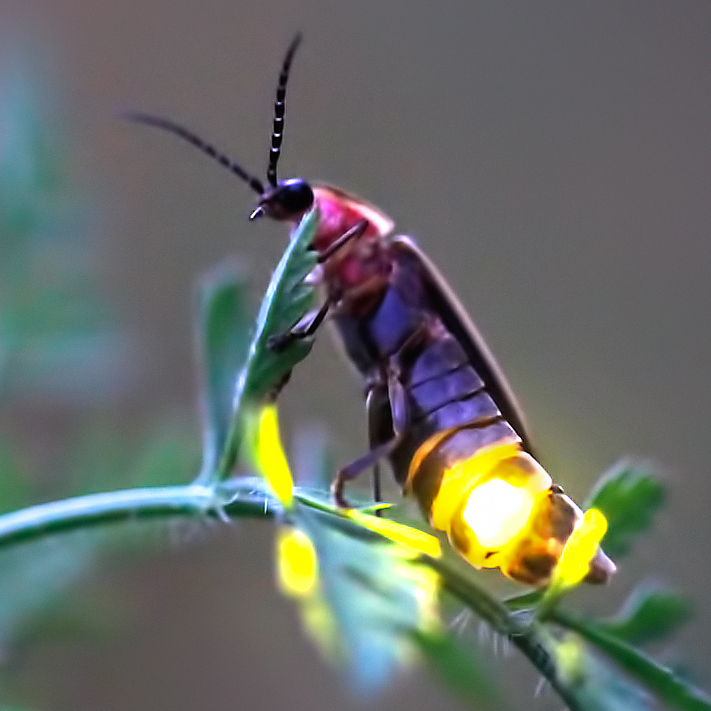 Webinar—Jewels of the Night: Conservation of Fireflies in the U.S. and Canada

Fireflies on the Blog

Fireflies are part of the order Coleoptera, which encompasses all beetles. Learn more about at-risk beetle species—including fireflies—here!

Although we are focusing most of our efforts on the United States and Canada initially, we are also working with the IUCN Firefly Specialist Group to conserve fireflies globally. Learn more about their work here.