Fireflies are best known for their showy nighttime displays, but not all fireflies flash at night. The common name “firefly” not only includes familiar flashing species (a.k.a. lightning bugs), but also the more cryptic glow-worms and daytime dark fireflies, whose adults—as their name suggests—are active during the day and rely on chemical pheromones rather than bioluminescence to communicate. Glow-worms, like flashing fireflies, are active during dusk or nighttime and use bioluminescence (by glowing, not flashing) to communicate. While males look like typical fireflies, glow-worm females resemble larvae; they cannot fly because their wings are short or absent. Fireflies face numerous challenges, including increasing light pollution, habitat loss, pesticide use, and climate change. These threats affect firefly species in different ways, depending on each species’ life history traits and specific habitat requirements.

The black firefly, Lucidota atra, like this one found in Maryland, is active during the day, rather than at night. Adults of this species use pheromones (chemical cues) to locate potential mates. (Photo: Katja Schulz / Flickr Creative Commons 2.0.)

Fireflies are not flies but actually beetles in the family Lampyridae. Like all beetles, they undergo complete metamorphosis with four distinct stages: egg, larva, pupa, and adult. The complete life cycle can take anywhere from a couple of months to two to three years or more, with the majority of the life cycle spent in the larval stage. Firefly larvae are voracious predators of soft-bodied invertebrates. They typically hunt for their prey in moist soil or marshy areas, using their mandibles to inject prey with paralyzing neurotoxins. Once their quarry is immobilized, they secrete digestive enzymes that liquefy the prey before consumption.

Most fireflies pupate underground or in rotting logs, although some find safe places to pupate in the bark furrows of tree trunks. The adults typically emerge in late spring or early summer. Mild winters can lead to early emergence and larger numbers of fireflies, since these conditions may lead to better survival of overwintering larvae. Wet springs can also lead to earlier or larger displays, and these conditions may favor fireflies’ favorite prey.

The larvae of all firefly species are bioluminescent. However, not all adults are capable of producing light. In fact, fireflies can be split into three main groups depending on their style of courtship: daytime dark fireflies, which are active during the day and do not produce light; glow-worm fireflies, whose flightless females produce long-lasting glows; and flashing fireflies (a.k.a. lightning bugs), which are probably our best-known fireflies due to the quick, bright flashes they produce.

The common eastern firefly, or Big Dipper, Photinus pyralis. Beetles, including fireflies, have hard shells that protect their wings, which can be seen pulled back while in flight. (Photo: Terry Priest / Flickr Creative Commons 2.0.)

Fireflies are found all over the world in temperate and tropical areas, on every continent except Antarctica. More than 2,200 species have been described, with approximately 165 species documented in the United States and Canada. More species are being discovered and described each year. Flashing species occur primarily east of the Mississippi River, although more localized flashing populations have also been reported from the western US. The western fauna is dominated by glow-worms and daytime dark fireflies.

Fireflies are a diverse group of beetles with different life histories, habitat associations, and appearances. While flashing eastern species get most of the attention, the West is home to a variety of fireflies as well. From left: Adult male Nelsonphotus aridus in California (females are unknown but likely larviform) (Photo: Joyce Gross); an adult female glow-worm, Pleotomus nigripennis, in Arizona (Photo: Joe Cicero); and the adult male glow-worm Pleotomus pallens in Texas (Photo: Robby Deans / iNaturalist Creative Commons 2.0).

We recommend these guides for learning more about fireflies in your area:

You can find more detailed identification keys and guides for other regions of the world on the Fireflyers International Network website. 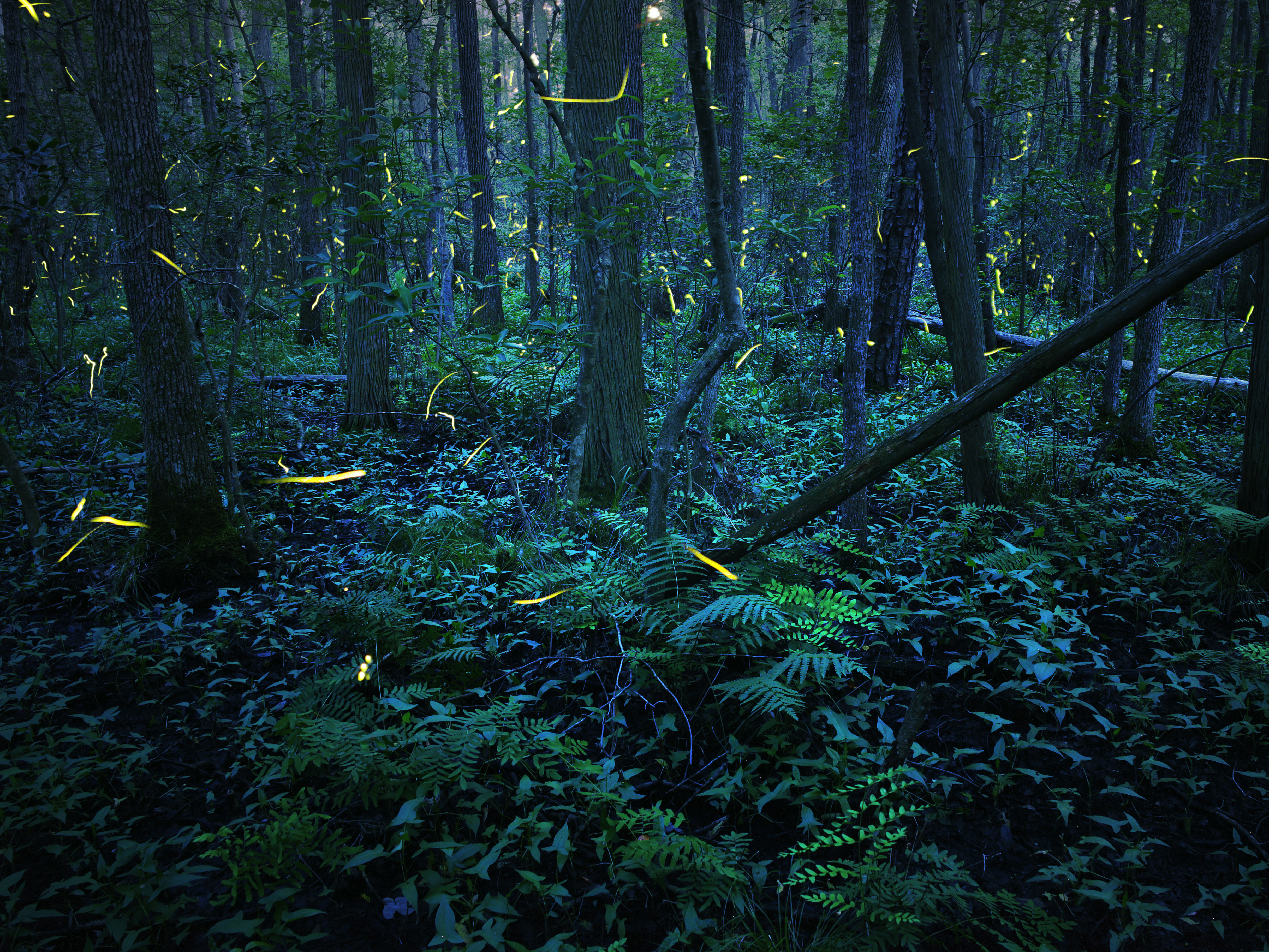 Responding to an emergency petition filed by the Xerces Society for Invertebrate Conservation and the Center for Biological Diversity, the U.S. Fish and Wildlife Service announced a positive 90-day finding for the Bethany Beach firefly and is initiating a full status review of the species.
May 15, 2019